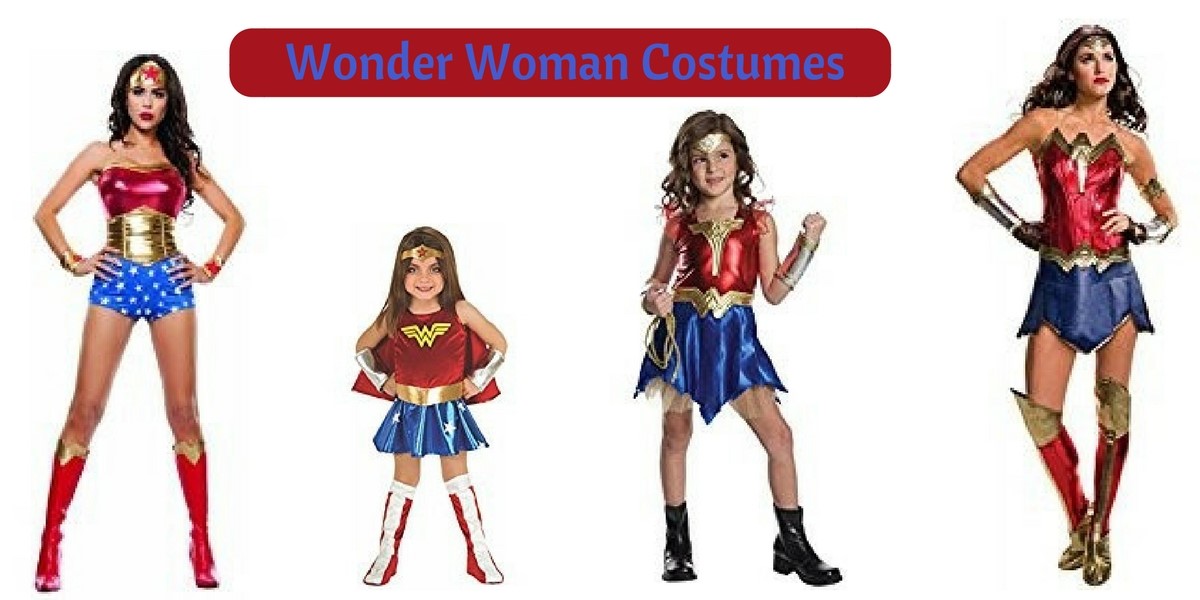 Wonder Woman was one of the most popular movies of 2017, having been received very well by both critics and audiences alike.

Naturally, many people want to dress up as the iconic comic book heroine for Halloween.

You’ll find there are many options for costumes for girls – ranging from very modest ones for kids up through more daring ones for adults.

There are also different versions of Wonder Woman to dress up as, given that she’s changed her outfit over time.

There are plenty of premade costumes out there, but you can create your own based on your favorite version of Wonder Woman as well.

One of the most popular versions of the costume will be the one from the 2017 movie featuring Gal Gadot.

This version of the Wonder Woman outfit is much more sleek and modern, while retaining all of the iconic symbols.

One of the most important parts is her tiara. It’s one of her most iconic parts of her outfit, and it’s been on every version of her.

Another important part of the Wonder Woman costume is her metal gauntlets.

Next, there’s her dress, which consists of a red corset upper part and a short blue lower part. Finally, there’s her tall, red boots, which come up just below her knees.

There are many different styles to pick from to suit your interests. If you prefer a more modest costume, you can get one with a classic long blue skirt with white stars, reminiscent of the American flag.

You can also get ones more like the original Wonder Woman outfit, with short starred shorts and a corset.

For the more comfort minded, you can get a t-shirt that resembles her corset without feeling so restrictive.

You can also get leggings to match instead of wearing a skirt or shorts, if weather and temperature is a concern.

Wonder Woman costumes can be found for every age and size, from infants to adults.

In addition to your Wonder Woman costume, you might want to add some accessories. They can really pull the whole costume together.

For example, you might want to bring Wonder Woman’s iconic Lasso, which is usually golden. You can also get replicas of the sword and shield. These are the ones that Wonder Woman wielded in Dawn of Justice and the 2017 film.

Wonder Woman is one of those costumes you can use for children for more than one occasion. It’s great for Halloween but they can then wear it to birthday parties or costume days at daycare. With accessories like a tiara and gauntlets, lasso, shield and sword, it’s no wonder this is one of the more popular costumes for girls.

⇒ Looking for Beauty and the Beast costumes? Here are all the details. Click Here.

⇒ What about a Smurfette costume? Click here to see more.