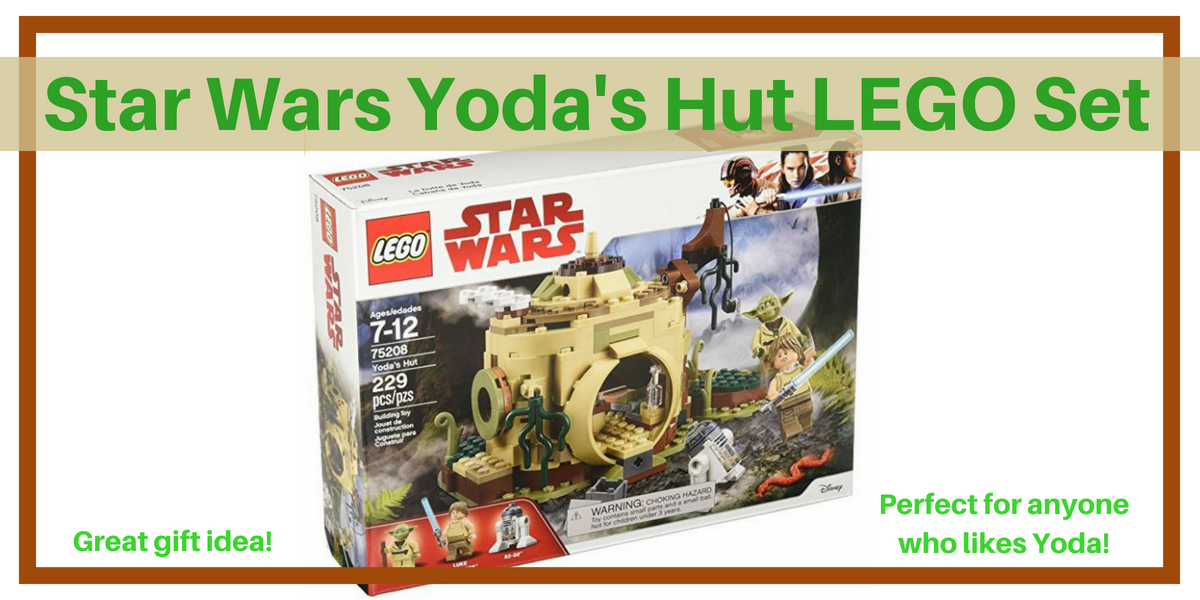 This Star Wars Yoda’s Hut LEGO Set is new in 2018. This is an affordable set that’s fun to play with and you’ll want to add it to your collection. Want to know what’s included? Let’s take a look…

✅   To see price and details on this set, Click Here

Each year, some cool Star Wars stuff comes out and this year is no different. Last year (2017), in the toy section for Star Wars, we saw exciting toys released. These included Anovos’ Star Wars Helmets and Armor and Hasbro’s Star Wars: The Last Jedi Figures and Accessories. There were many other new and exciting Star Wars merchandise introduced…and the crowd went wild. We all love Star Wars, don’t we?

Now, this year, in 2018, we have the Star Wars Yoda’s Hut LEGO Set 75208, and I must say, if you are a fan of Yoda like me, then this is something you’re going to want to hear about. My kids love Yoda too. There’s something about him, isn’t there? Everyone wants to own a LEGO Yoda.

Has Yoda’s Hut LEGO Set been released before?

This is the second version of the Star Wars Yoda’s Hut LEGO Set. Back in 2004, there was a version that was included with an X-Wing. That version was actually a bit different from this version right here. This set is a major upgrade from the original version. And it looks good. 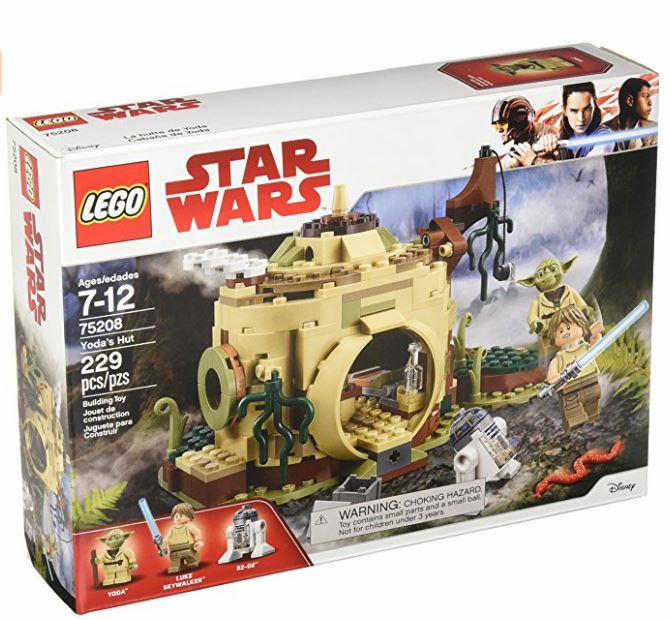 ✅ Click here to see the latest price on this set.

This LEGO Star Wars Yoda’s Hut is recommended for the ages 7 to 12. However, I personally know some adults that wouldn’t mind having this set. And my 6 year old is definitely old enough for it. I’ll leave it to you to decide on the real age group that’s suitable!

In this set, there are a total of 229 pieces. There are three minifigures. It includes Yoda, Luke Skywalker and R2D2.

The Yoda minifigure is one of my favorites and he looks great in this set. He even has a bit of gray hair printed on his head, which looks very nice. His ears even have a cool shape to them. Most importantly, the ears have a rubbery feel to them, so they’re not just going to snap off, like happens with some of the plastic figurines. This minifig really does look like Yoda.

This particular Luke Sywalker minifig was only seen once, back in 2004. It looks much better than it looked 14 years ago. The torso print makes him stand out from the crowd, and the backpack contraption will allow him to carry Yoda. It is designed so that Yoda can hop on top of him.

The R2D2 minifig has an interesting look to him. I really like all of the dirt that they splashed around the figure and I believe it’s good to see a different design to him. R2D2 is certainly a nice addition to the set. If you pick the set up, you’ll see what I’m talking about.

They also included a red snake (the typical red snake you see in other LEGO sets) that can be used during play.

Are there any special features? 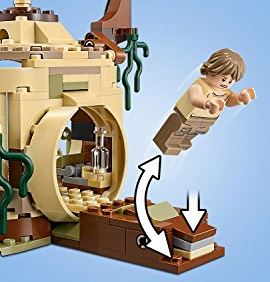 ✅   To see more detail, close up, Click Here and you can check the current price too

Putting the set together isn’t hard at all, which is probably why it’s recommended for ages 7-12.  There’s a neat little launch pad feature, but it’s nothing like it shows on the back of the box because it’s hard for the minifigure to get some leverage on it.

He’s not going to fly though the air like the box shows, but he will launch just a tad bit.

I think anyone who’s bought LEGO in the past knows that any launch feature usually looks better on the back of the box than what it does in reality. LEGO makes good graphics including the sense of motion which they include on the box. Even though the launch feature looks better on the box, my kids still love these types of special features every time they use them on LEGO.

Who is this Star Wars Yoda’s Hut LEGO Set good for?

All in all, if you have children between the ages of 7-12 years that are into Star Wars, then I would highly recommend the Star Wars Yoda’s Hut LEGO Set. When this set is released, it will cost around $30 in the United States. This price may vary if you’re in another country.

If you have a child who is younger but really good at building LEGO then I think this set is suitable because it’s not too big a set. And obviously, any Star Wars fan older than 12 years (including adults) is also going to love this LEGO set.

✅   Looking for another really cool LEGO Star Wars set new in 2018? Take a look at the Kessel Run Millennium Falcon (this is the new one, just like in the new movie). Click here to see more.

✅   Looking for a unique gift for a Dog Lover? These gifts will be appreciated by the dog lover in your family.