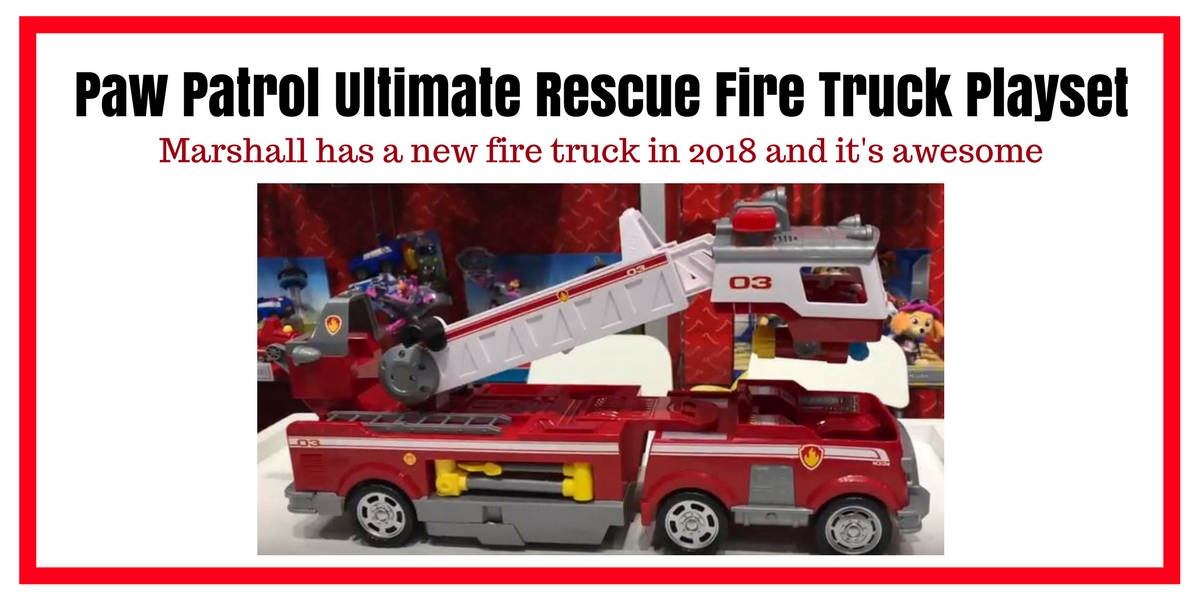 If you have a little one who loves Paw Patrol then you’ve got to check out this Paw Patrol Ultimate Rescue Fire Truck Playset. It’s a step up from other fire trucks. This is a high quality toy that will be in demand during 2018… 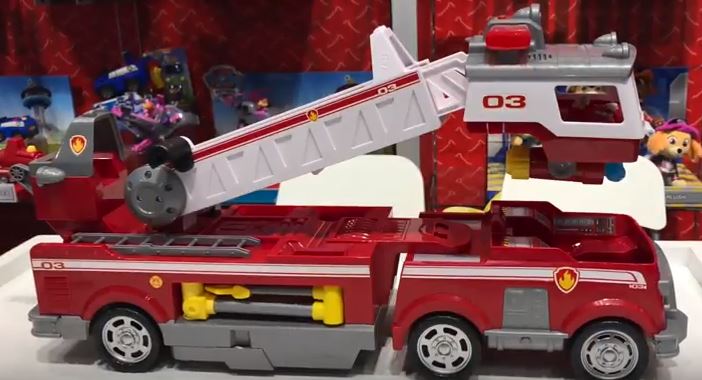 With the latest announcement from Paw Patrol on their upcoming toys, it appears as if Marshall’s ride just got an entirely new upgrade. This Paw Patrol Ultimate Rescue Fire Truck Playset is something that all Paw Patrol fans are going to want to get their paws on.

I’m not talking about any of the previous fire trucks, I’m talking about the new 2018 Paw Patrol Ultimate Rescue Fire Truck Playset. You’ll love everything about this Paw Patrol toy. And if your little one dreams of being a firefighter as well as loving Paw Patrol, it will be a huge hit.

So, with this toy, the little ones will get the best of both worlds. Is this something you’re going to want to add to your child’s toy box? Continue reading as I share what I already know about the Paw Patrol ultimate rescue fire truck playset …

If you’re not familiar with Paw Patrol, they are quite popular among the youngsters today, especially with the 3 to 5 year olds.

Paw Patrol is a CGI-animated television series that was created by Ronnen Harary and Keith Chapman. You’ll find it an  interesting series that focuses on a boy that goes by the name of Ryder who leads a pack of search and rescue dogs that are referred to as Paw Patrol.

In order to make sure the shoreside community of Adventure Bay stays safe, they work together on missions. Each dog has a specific skill that is based on a real-life profession. Take Marshall as an example, he has the abilities of a firefighter. Paw Patrol lives in doghouses that are capable of transforming into customized vehicles whenever needed.

Since Marshall is the dog in Paw Patrol that has been labeled a firefighter, this is obviously Marshall’s truck and he will be the one that drives it.

Don’t worry, because the other pups can tag along as well. There’s room enough to fit all six pups in the truck, just like you see on tv. You’re going to love this feature because no one gets left out.

Extra Features on the Fire Truck 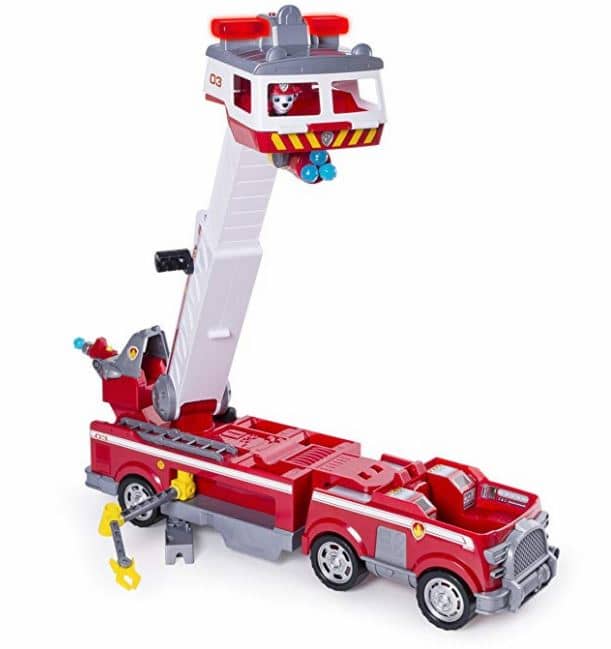 There’s a spot on the side that stores a mini vehicle included in the set.  You can pull this mini vehicle out and connect the water hose and fight fires from the ground (sometimes, this is something the pups have to do).

Located on the top of the fire truck, there’s a projectile. Here, the pups can sit and fire off a “water” missile. In order to fire a missile all you have to do is push the button (it’s really easy to do). Your child will love this feature.

Up top, there are working lights and sounds, which makes it even more interesting. You know, because toys need to come with sounds. Kids expect all the bells and whistles these days, don’t they?

Moving to the back side of the fire truck, there’s an articulating arm. This is what pups use in order to rescue other animals. It has a grabber claw on the end to help pick up the animals safely.

The best feature, in my opinion, would be the fact that the cab lifts up, just like it does in the television series. It can lift up really high with an extending piece for those sky high rescues, articulate back and forth and fire water projectiles. And this is all with a pup inside the cab! Kids love this.

Who should buy this? Is it a suitable gift for a 3-5 year old?

All in all, if you’re looking for a good gift for a child and they are into everything Paw Patrol, then the Paw Patrol ultimate rescue fire truck playset would be a great option. Boys and girls are both into Paw Patrol and it’s very popular in the 3 to 5 year age group.

It’s well-made and they’ve thought of everything. I wish I had one of these when I was a child.