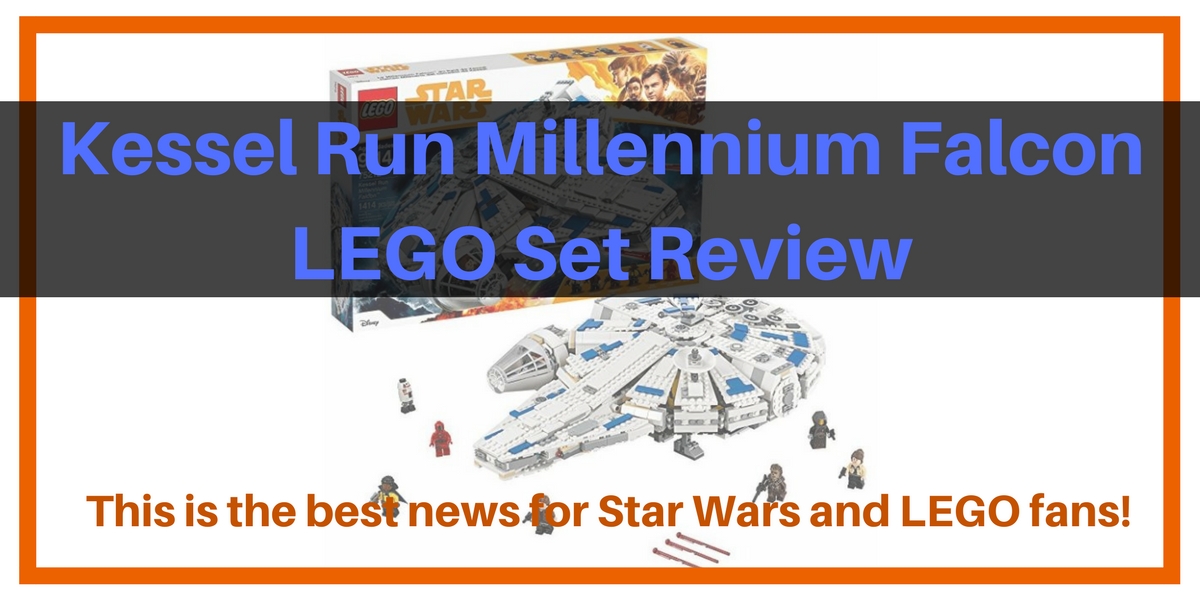 When someone says, “Millennium Falcon” my kids’ eyes light up. Everyone in our family is like that about Star Wars (and about LEGO!). The release of the Kessel Run Millennium Falcon LEGO Set 75212 is one of the best things LEGO has done this year. Take a look at the review here…

✅ Click Here to check the price on this Lego set

If you’re a big Star Wars fan like me, and my family, then you’re probably eagerly awaiting the new movie Solo: A Star Wars Story. The film will go back in time to the point when Han Solo was a young man and show his early adventures with his sidekick Chewbacca and, of course, the Millennium Falcon (this is our focus!).

LEGO have announced that their first set to tie in with the new movie is the Kessel Run Millennium Falcon LEGO Set. This isn’t the old “Falcon” that we know from the other Star Wars movies. This one is the Millennium Falcon before it got modified and beaten up. It’s all shiny and white! It looks quite different.

Is this Kessel Run Millennium Falcon a big LEGO set?

The last LEGO Release of the Millenium Falcon was the biggest LEGO set ever with a massive 7,541 pieces in total. It also came at a price. This one has 1,414-pieces and is much more affordable. Many parents will be breathing a sign of relief at that news.

As a mom that buys a lot of LEGO, I do admit, it really adds up in price (but I still love buying it for my kids!).

The Kessel Run, of course, is something we have heard Han Solo boasting about in other Star Wars films. He claimed to have made the run in less than 12 parsecs. We are guessing this Hyperspace smugglers route will be featured in Solo: A Star Wars Story. We’ll wait and see. This is going to be an important and desirable Start Wars LEGO set for a lot of fans.

Any minifigs with the Kessel Run Millennium Falcon LEGO Set?

You get 7 minifigures with the Kessel Run Millennium Falcon LEGO Set. These include the young Han Solo who will be played by Alden Ehrenreich.

Of course, you also get a new younger Chewbacca minifigure. This minifig looks a little different than the older Wookie we know from the later films.

You also get a new character Qi’ra who is played by Emilia Clark. You will probably recognise her as Daenerys Targaryen, Mother of Dragons in the TV Show Game of Thrones.

Next up you get a Lando Calrissian minifig. Lando was the owner of the Millennium Falcon before Han. Lando is a popular Star Wars character and the minifigure looks good.

The Film will show how Han and Lando first met up. You also get other figures including a Kessel droid and other important characters from the movie. With 7 minifigs included you’re kids will get a lot of play time out of this LEGO set. And if you’re an adult buying this Kessel Run Millennium Falcon LEGO Set for yourself the 7 minifigures will look great on display. I think having more minifigs always make a set look more interesting.

Any special features on this Millennium Falcon?

As we mentioned the Kessel Run Millennium Falcon is how this space freighter looked before it was put through its paces in the future. As with previous LEGO Millennium Falcon sets this one can easily be opened up. It has flip up panels. You can open up all the top of it. This lets you see the interior and, most importantly, the cockpit. 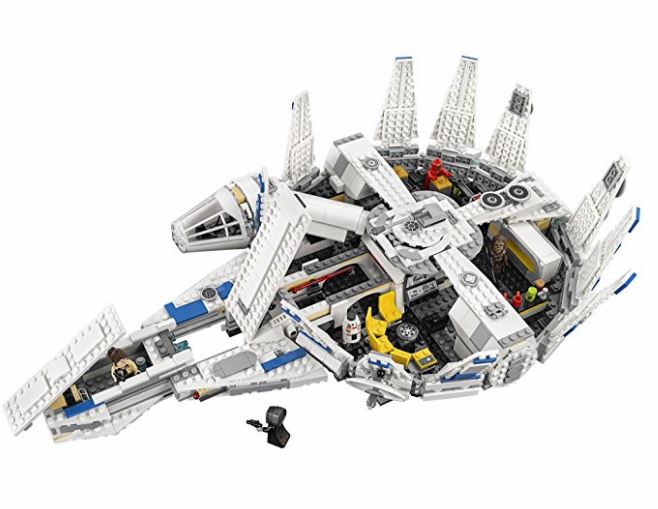 ✅   To see more details on this set, Click Here

Inside the Millennium Falcon you have a bunk and bar for the guys. This gives them space to relax in. They also have the iconic Dejarik table if they feel like a game.

There is also another small ship that looks like a type of escape pod. We are not sure what it actually is as yet. But we are sure all will be revealed in the film (this is being written early May 2018).

We are looking forward to this set and the other Solo: A Star Wars Story sets that will be hitting the market soon. This Millennium Falcon is not the one we know from the previous films. But that makes it even more desirable. It’s different and it looks good. It really should be awesome fun to build.

The minifigs of the younger Han, Chewie and Lando are well done and we are interested to find out more about the new characters in the film. All in all, a good set to add to your Star Wars LEGO collection.

Please be mindful that the Kessel Run Millennium Falcon LEGO Set is likely to be popular with adults as well as kids. If you’re a parent buying this for a special occasion like a birthday or Christmas you’ll probably need to buy early to avoid disappointment. This is one of those sets that will sell well. The Millennium Falcon is so appealing and fits with the timing of the new movie that it will sell fast. And let’s face it LEGO is always a big hit with Star Wars fans so click here to check availability on stock.

⇒  Looking for a gift for a Dog Lover? See unique gifts here.