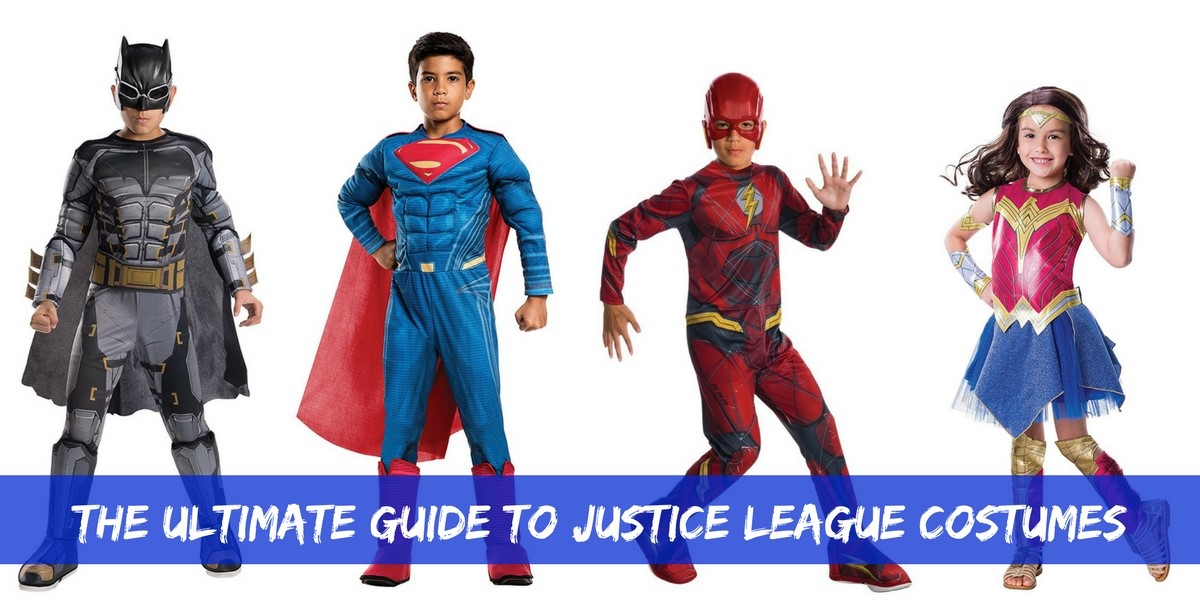 If you’re looking for a group costume theme this Halloween, Justice League costumes are a great idea. There are enough costumes to let everyone in the group have their own character.

Of course, Justice League is one of those themes where you can choose one character or many. You could have siblings of different ages each dress as their favorite Justice League character. Then the biggest decision of all is whether mom and dad also choose to join the League too. 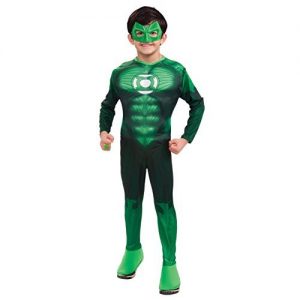 Don’t miss out this Halloween. For the price on this kids Green Lantern costume, click here.

While the characters in the Justice League are popular candidates for costumes almost every year, it’s even more prevalent now with the release of the 2017 movie Justice League.

People of all ages love the members of the Justice League, and the characters in it are known all around the world.

With so many different characters to choose from, you could easily assemble a group costume, or dress as one of the solo superheroes in the alliance.

Batman and Superman are some of the most popular Halloween costumes ever.

Who should wear the Justice League costumes?

Even when there’s not a movie coming out about them, they’re still wildly popular. Superman’s costume is extremely well known: a blue jumpsuit with red shorts, red cape, and his classic Superman “S” symbol. 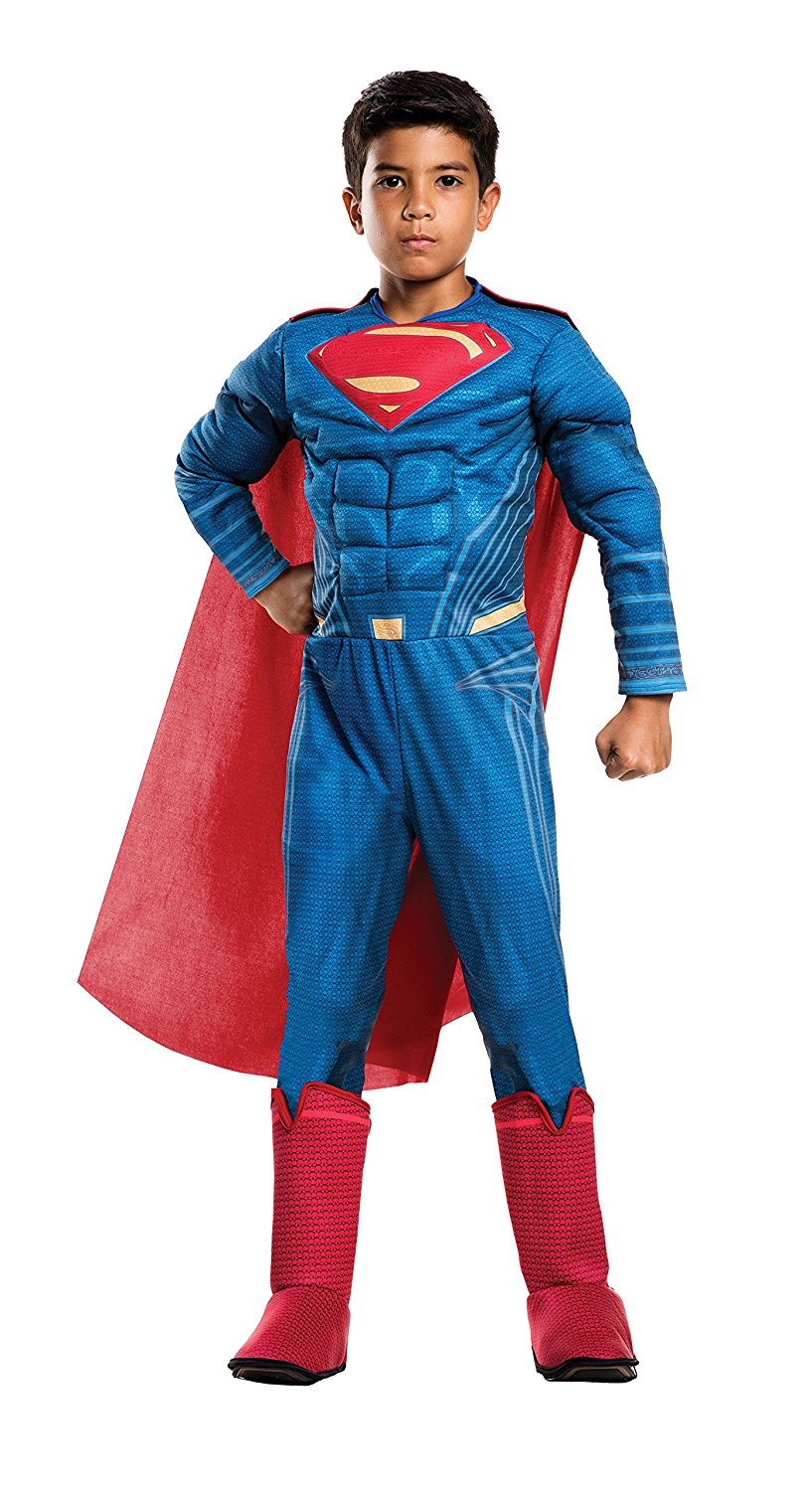 Kids and adults can find costumes like this very easily. Some costumes even add fake additional muscles to make you look a lot more like the comic book hero. Batman’s outfit is also easily spotted. 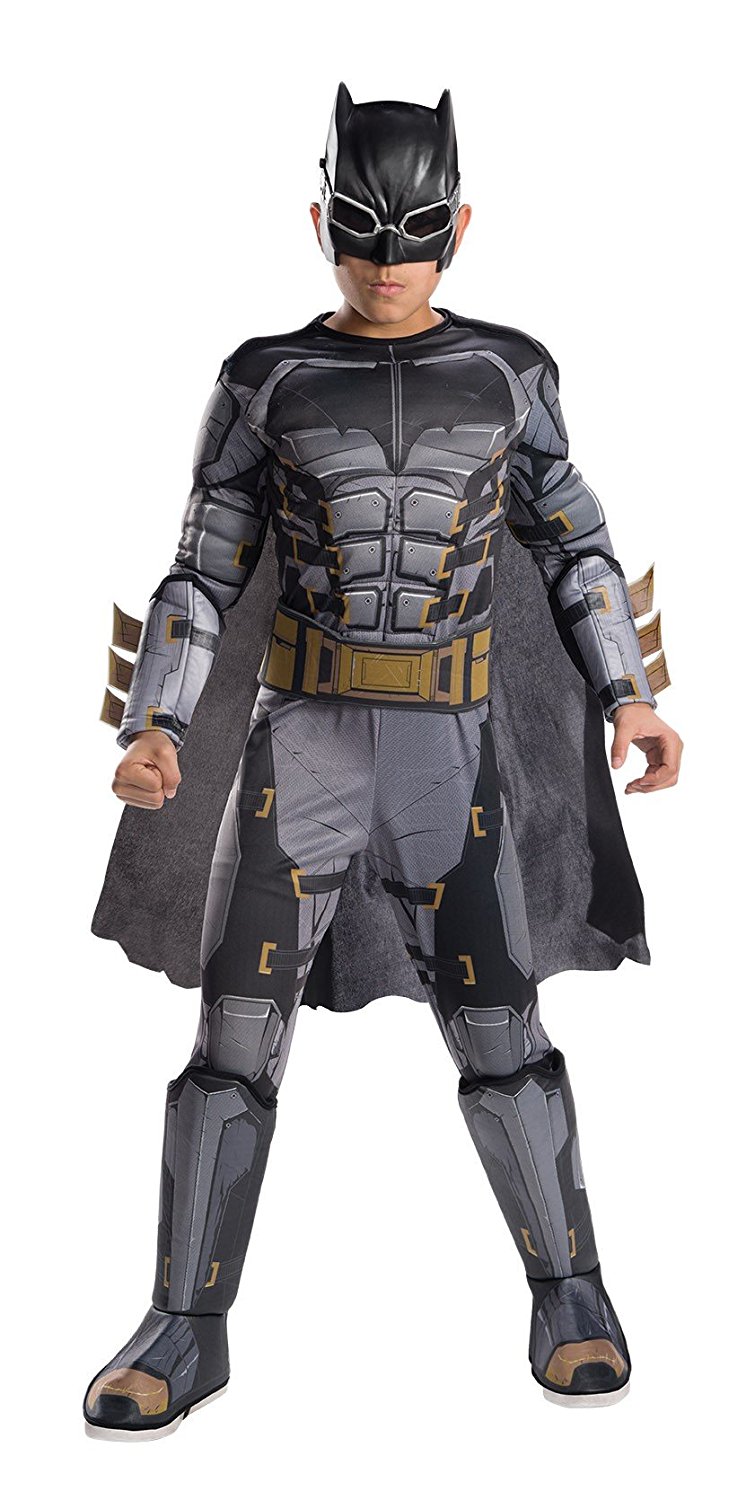 ⇒ For the latest price on this kids Batman costume, click here

He wears a cowl covering the top half of his face, a black cape, black armor, and a gold utility belt. Many Batman costumes also have fake muscles in them to drive home that superhero look.

While the other members of the Justice League aren’t as popular as Batman and Superman, they’re still fairly popular. The Flash, for example, had his own TV series. The Flash’s outfit is fairly simple. It’s an all red jumpsuit with yellow lightning bolts on the wrists and chest.

He also wears a red cowl. Your kid will be almost unmistakable when they’re running around pretending to be as fast as the Flash. Flash costumes are available for adults as well as children, toddlers, and even infants. Their designs range from simple, to realistic, and even cell-shaded like a comic book picture.

Which girl characters are in Justice League?

Batgirl’s outfit is much like Batman’s, except she wears golden gloves and has long, red hair flowing from the back of her cowl. She also has bright green eyes, which you can get by using colored contacts. She has golden boots, whereas Batman has black combat boots.

Are there accessories for Justice League? 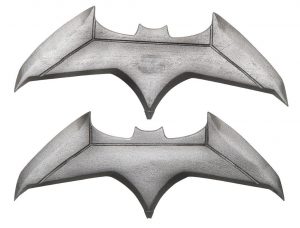 For the price on these Batarang costumes accessories, click here

If you already have part of the costumes, there are accessories sold separately online for Justice League costumes.

You can think about getting items like the Flash’s gloves, Aquaman’s beard and hair, or Wonder Woman’s shield.

And don’t forget the all-important Batarangs for Batman (see picture).

As with any costume, you usually have the find your own shoes.

Think about this before Halloween so you don’t get stuck for shoes at the last minute. Boots are often a good addition to an outfit. Be sure to consider this plenty of time ahead.

This is a child’s size Aquaman Costume. For the details and price, please click the image to see more.

This is the Aquaman shirt. You can pair it with the wig and beard for an easy Justice League costume. Remember to order a Trident accessory too.

Here is the Justice League Aquaman Trident costume accessory. Order it online in time for Halloween.